The Bread Man and I had a long-overdue lunch date today while I’m on spring break. He has been talking for months about taking me to Doc Crow’s, a barbecue and oyster restaurant downtown (1st and Main). With all of the construction going on downtown, we missed the exit we should have taken and ended up in Indiana. Oops. 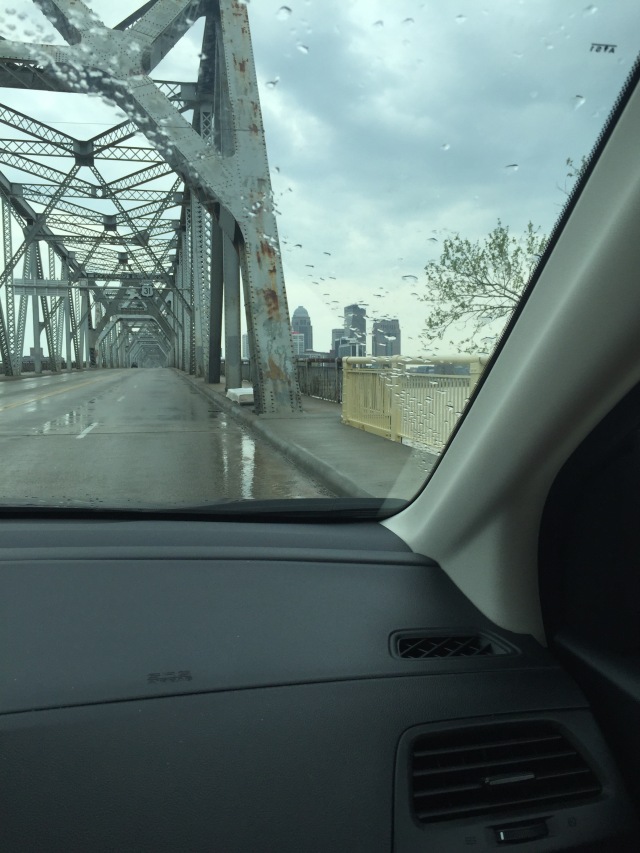 Once we made it back into Thr Derby City, it was still a little difficult to get to the restaurant: there is a building being worked on across the street, and the sidewalk right beside Doc Crow’s is blocked off. If you know this ahead of time, it’s not a big deal and totally worth the extra effort! The service was great; you get a service team as opposed to one server, and everyone in our team made us feel like we were their only customer, despite being busy with the lunch crowd. The menu has something for everyone, from apps to salads to sandwiches to entrees to desserts. They even have a kids’ menu!

I ordered the House Salad with beef brisket; I needed protein and veggies, and this fit the bill. The salad is comprised of field greens, red onion, tomatoes, and a tomato vinaigrette. The brisket was sliced thinly and was so moist and easy to cut through with just my fork. The salad was the perfect mix of light and satisfying. I loved that the dressing gave a lot of flavor without weighing the salad down. I didn’t eat many of the Doc Crow’s croutons, but they were really tasty. They are made in-house with thick Texas toast and some kind of delicious seasoning mix. So good! 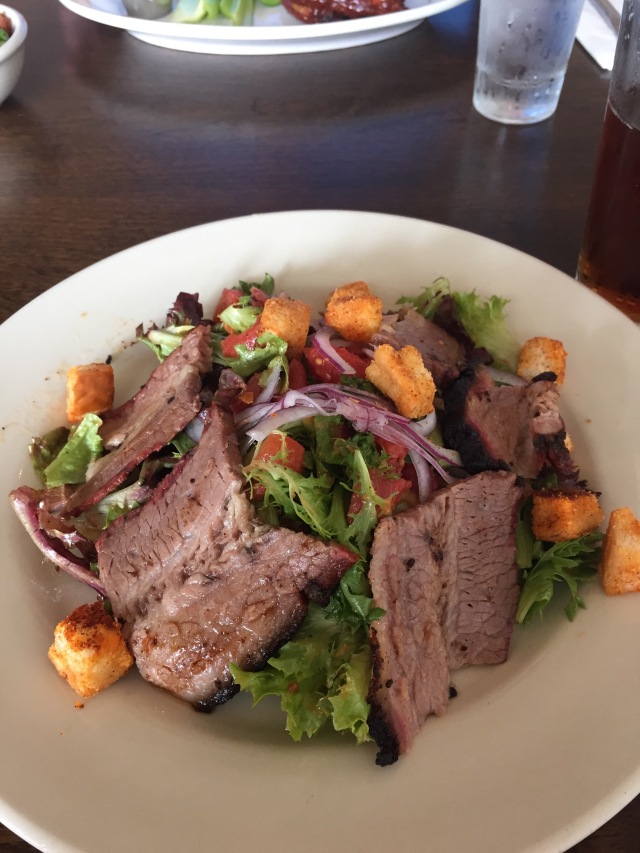 The Bread Man got BBQ wings and green beans on the side. I tasted the wing sauce, and it was amazing. Though not quite as sweet as I had expected (I guess because I’ve had too much store-bought sauce with all of the added sugar!), it had a really nice spiciness that makes it unique. The Bread Man had nothing but praise for the wings, and was actually a little bit covers with sauce. He had to ask for one of the moist towelettes you get at BBQ places! That’s our litmus test for good wings. 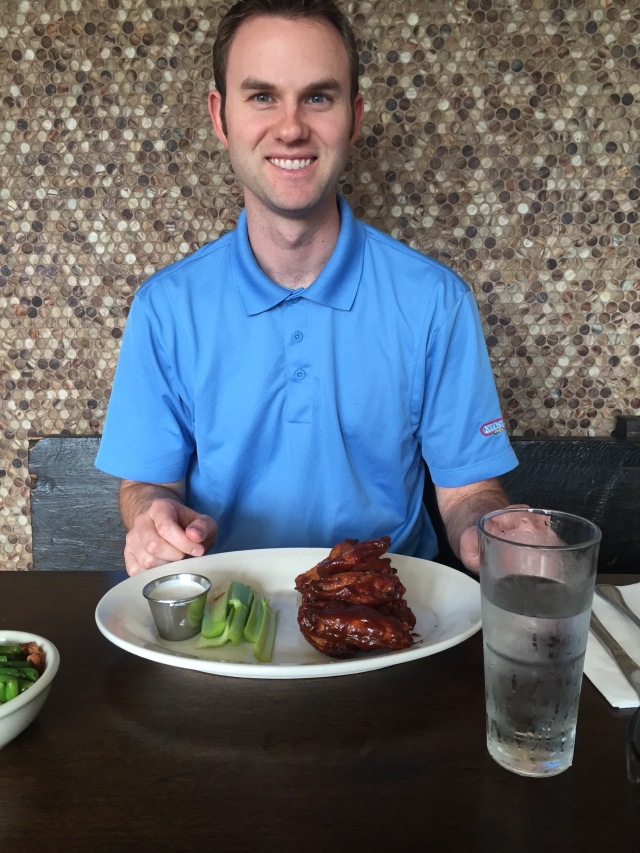 I had some of the green beans, and they were amazing. They still had a little crunch to them, which I don’t really prefer, but the flavor made up for that. The green beans were cooked with bacon, onion, and tomato in a sauce that tasted like a white wine butter sauce. I’ve never tasted a sauce like that with green beans, but now I’m inspired to try and recreate this dish at home, which is saying a lot for a girl born and raised on canned green beans. 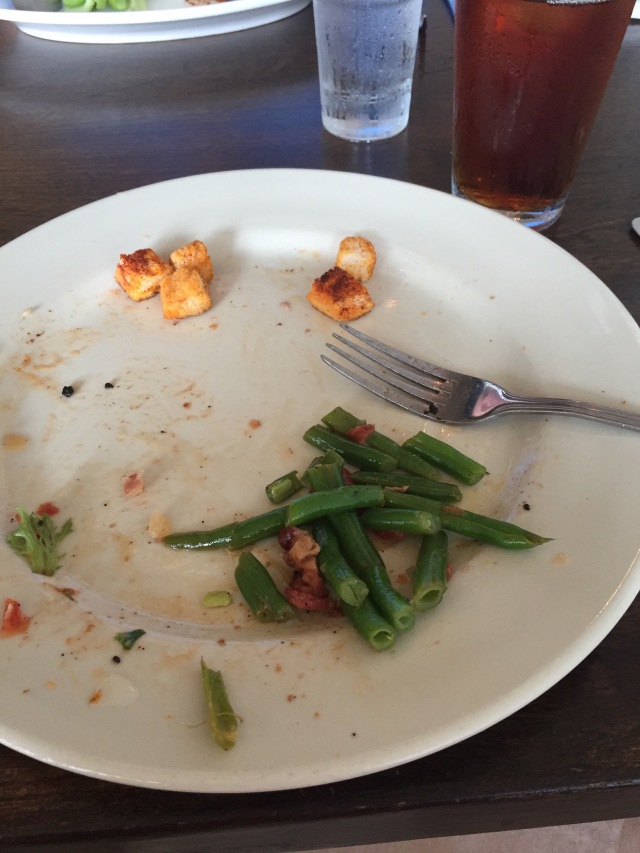 I really can’t say enough praise for Doc Crow’s. It is a great atmosphere for a lunch date or a dinner date, with lots of locations nearby for before- or after-dinner entertainment. If you haven’t been, you are missing out!